Forks man not into the Twilight series 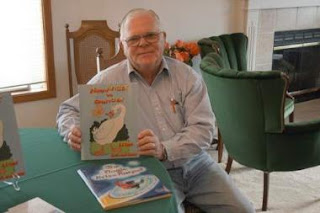 Forks, WA
As the Twilight tourism blitz winds down this summer, one man's mission of a new book series is gearing up. Bob Canton has lived in Forks his entire life and says he is fed up with the all the hype his small town has recently been submitted to. "Forks is not about vampires and bloodsucking homos," Bob explained. "It's time this town gets the literary recognition it deserves. What about The Magical Lives of Ducks, or There's a Mouse in the Universe? I think it's time the people of this city pull their heads out of their you know whats, and get over this Twilight shit."

The Forks Magical Duck Tour is scheduled to start the first week of October, featuring fireside readings from Mr. Canton. Seats are limited.
Posted by m.c. razor at 11:00 PM