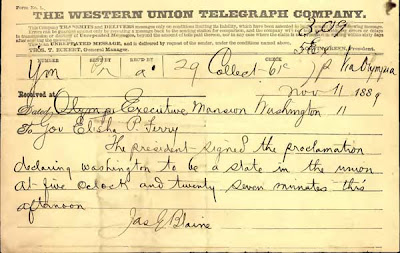 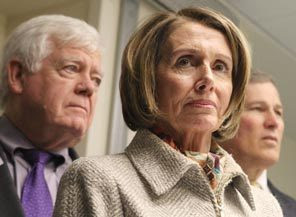 Seattle, WA
Just two days after heading the health care reform bill through the House, Speaker Pelosi visited Swedish hospital on First Hill to receive what she claims to be a double whammy. The H1N1 inoculation should carry her health through the winter while injecting it in her face should help her snowballing aging effects.

"It's really not a new procedure," claims Dr. Jim H Vandy. "This is the same way we test the vaccine on the rats... and they look great!"

Rep. Jim McDermott added, "She's amazing. I don't even think she blinked during the procedure, but then she feels no pain. I'm just so tickled that she likes my purple tie."
Posted by m.c. razor at 8:57 PM 1 comment: 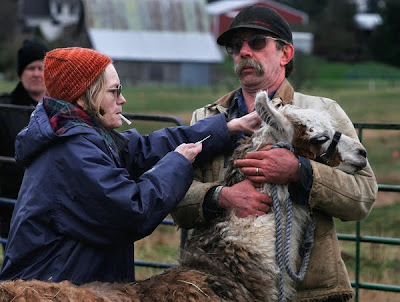 But look, you’re a people...you make the candy corn…or you at least you make complex economic systems that import it from China. You have hands and fingers to carefully place the candy corn on the ground in the form of a trail that I will likely follow wherever its irresistible aroma takes me. Who bears the burden of guilt here then, I ask you? Me? A Llama? Or you, the peoples, who willingly do these things? These are curious and difficult questions, to be sure. Above all else, if there’s one thing I’d like to stress, it’s that……..OOOOOOOOO LOOK! CANDY CORN! YEA!!! AND IT’S IN TRAIL FORM! I WONDER WHERE IT LEADS! PROBABLY TO YUMTOWN!! POPULATION…ME!”
Posted by Clambaker at 7:34 AM 4 comments: 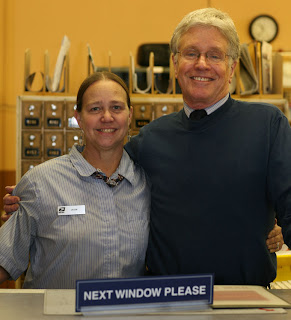 Pt. Townsend, WA
In recent years, the self run Post Office has been trying to find new ways to stay profitable. After several stamp rate hikes, the Post Office decided today that it will no longer need employees to work the counter.

The local manager in this Pt. Townsend office explains, "We can buy a hundred of these 'Next Window' signs at the same cost as one employees coffee break. We should have thought of this a long time ago."