It's Free News Friday! Enjoy! (also...please be mindful of roving wild dog packs...they may not be as friendly and adorable as they seem...)

And Leon's getting larger! 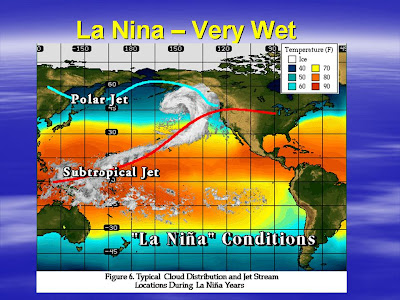 What up bithches! Mother fucking La Niña here! I hope all y’all coffee drinking, snowboarding, all wheel left lane driving, backyard chicken farming, Pikes Place Market shopping, Denny regrading, geoduck digging, sharrow making, seal sitting, river un-damming peoples really enjoyed the polar and subtropical jet streams I just pumped you with over the last ten days. Just call this current storm SUCK IT! Because that’s what I named it before I sent her on in to punish your yuppie asses! I know what a dick right! Well tough shit, maybe you shouldn’t live so close to Alaska and hell you should thank me for letting you use the name SUCK IT! Now you don’t have to fill out some lame ass storm name web poll. And you know you like me; I give you endless hours of snow stories, days off, overtime for electrical workers (what up IBEW77) and a reason to bitch on live local TV about how your rural meth cooking community has been without power for 1 day! Boohoo! I will not rest until I flood all your rivers this spring and get granted another state of emergency (she’s not my Governor!) And please don’t be offended by me, I am only a coupled ocean-atmosphere phenomenon that is the counterpart of El Niño(ugly cousin) as part of the broader El Niño-Southern Oscillation climate pattern. During my period, the sea surface temperature across the equatorial Eastern Central Pacific Ocean will be lower than normal by 3–5 °C. In the United States, my episode is defined as a period of at least 5 months of La Niña conditions. My name originates from Spanish, meaning "the girl,"(if you comment on my name I will flood you) analogous to El Niño meaning "the boy"(A whinny bitch in my eyes.) La Niña, sometimes informally called "anti-El Niño", is the opposite of El Niño, where the latter corresponds instead to a higher(don’t laugh you hippy) sea surface temperature by a deviation of at least 0.5 °C, and my effects are often the reverse of those of El Niño. El Niño is famous (famous my ass) due to its potentially catastrophic impact on the weather along both the Chilean, Peruvian, New Zealand, and Australian coasts, among others. I am often preceded by a strong (douchey) El Niño. Oh yeah and one more thing, that convergence zone bull shit you weather guys hype up all the time, that shit isn’t real! I’m just lazy!

Toodles,
La Niña
Posted by LowTide at 9:16 PM No comments: 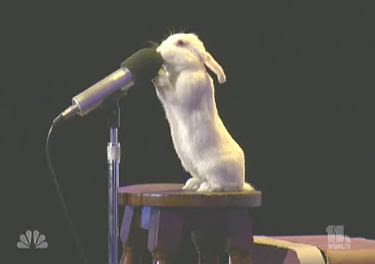 I suppose animals can read. They don't read this blog though. The humor goes right over their head............WHOOSH! (That's the sound it makes going over their head) Bye bye humor! You'll never come back!

Wait! Don't go, dumdum! I have a question for you!

Would you want to adopt a rabbit?

What if I told you that his name is "Fuzzy?"

What if I told you he is an old, elderly rabbit?

What if I told you he's deaf?

What if I told you he eats Italian parsley?

What if I told you that he's very easily startled?