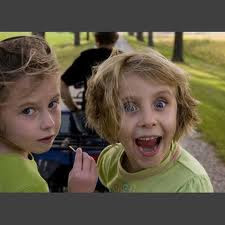 SHAW ISLAND -- Forty-four people were injured, at least four of them seriously, when a hay-ride trailer full of people collided with a tractor that was pulling it Sunday on Shaw Island, spilling the occupants onto the roadway.

Medics and emergency personnel responded to the scene, on Hoffman Cove Road, at about 11:20 a.m. after receiving 911 calls.

Nou said a tractor was pulling a flatbed trailer carrying about 50 people from at least two church youth groups who were having a weekend retreat at Our Lady of the Rock Monastery on the small island.

As the hay ride travelled down Hoffman Cove Road on a downhill grade, the trailer overpowered the tractor and began pushing it down the grade.

As the trailer gained speed and momentum, it caused the tractor to jackknife. As it did, the drawbar bent and the front axle of the trailer failed, dumping the occupants off the trailer.

At least four patients were airlifted to regional hospitals, Nou said. None of the injuries are believed to be life-threatening.

Up to 40 other people received less serious injuries.

Additional paramedics were sent over from Orcas Island to treat the large number of injured. A Washington state ferry was diverted to Shaw Island to transport some of the less seriously injured to the mainland.

The tractor and hay-ride trailer belong to the monastery. It was being operated by a 46-year-old Bellingham man.

Names, ages and conditions of those involved were not immediately available. The accident remains under investigation, Nou said.