A Recipe for Thanksgiving Success: From our table to yours! 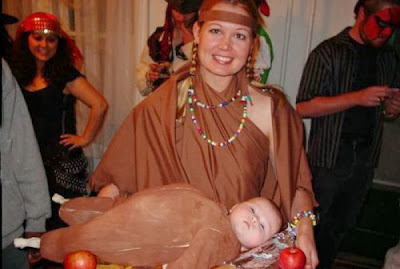 Every year it’s the same damn thing……turkey, mashed potatoes, green bean casserole, yelling at your family…racist Aunt Betty…………and what are you left with? A big pile of dishes, cleaning up the dogshit Aunt Betty’s Pomeranian left in the corner of your living room, and another boring, unsatisfying carb bomb in everyone’s belly.

Well fear not, loyal reader! By golly, this year it’s going to be different! And we here at the Washington Apple want to arm you with the weapons you’ll need to launch a full-scale, nuclear Armageddon-style flavor invasion into the taste buds of your family and guests. And after you’ve raped, pillaged and plundered every last taste bud in Aunt Betty’s mouth, think of the satisfaction you’ll feel.

On a side note, have you ever thought about the word “taste bud?” It’s pretty simple-minded when you think about it. Like the person who named the taste bud purposely dumbed it down so the rest of us would understand what he/she was talking about. “Oh…most dumbdumbs won’t understand what an ‘activating, reticulated flavor actualizer’ is, so fuck it…let’s just call them ‘taste buds.’ I don’t know about you, but I find that insulting. What the fuck is a taste bud? It’s supposed to be some little buddy that tastes food for you? Or is the “bud” like the bud of a flower? If that’s the case, I don’t even understand what they’re going for. Doesn’t the bud grow into the flower? Will my taste buds one day grow into taste flowers? It doesn’t make any sense!!! Madness!!! These are the things I think about so you don’t have to! You should be paying me! Hey…why AREN’T you paying me???? You think this content just writes itself?

With that, I’d like to introduce you to the meal to end all meals…we’re talking about the meal that’s going to win back your friends and family and catapult you to a new level of respect in the eyes of your peers…overnight! 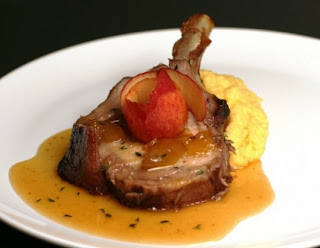 Yep. This is exactly what it sounds like. Half gravy…half maple syrup! Bam! Graveup™! And you’re going to love Graveup!™ ! And it’s the easiest thing ever! The best part? You can literally put this magical concoction on anything. 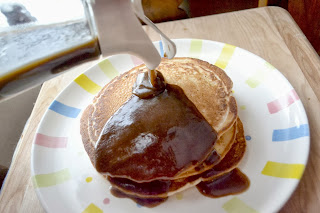 What you’ll need:
Steps to success:

What’s for dessert? Why, Milkshake Tacos of course!!

Get ready, because your milkshake tacos will definitely bring all of the boys to the yard. And they’re not going to leave until they’ve licked and eaten every last bite of your milkshake…tacos.