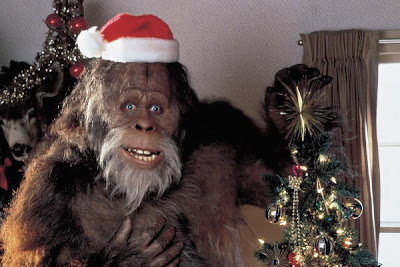 Hold on one sec…Squatch need to check-in to Washington Apple HQ on Foursquare. Squatch only 2 check-in from becoming mayor. Tag friends? No. Squatch all alone. Alone okay though.
Squatch try looking for domestic partner, but little success yet. Squatch try casual encounters on Craigslist, but all squatchesses want full-body picture before contact Squatch. Squatch only have face picture. Christmas coming up. Squatch put digital camera with fancy delay option on list for Santa Squatch.
Hmmm…hold on…appears to be too many items on Santa Squatch list for Squatch. Maybe need to take something off? Squatch probably not need new rabbit traps. Old rabbit traps perfectly fine for another year. Or maybe cross off new tennis racket? What Squatch do with tennis racket anyway? Squatch not have decent backhand since Wonder Years hit TV show! 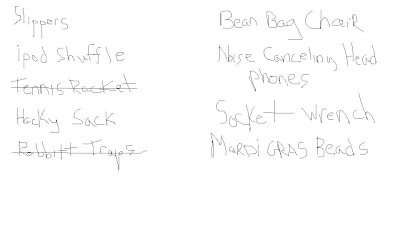 Let’s see. What Squatch been up to? Squatch glad you ask. How glad? Very glad! Squatch been getting ready to begin long-awaited hibernation. Speaking of which, where Fall go to? One week Squatch enjoying beach fires and Alki sunsets, next week Squatch left wondering why he forgot to pack on extra fat layers for hibernation. Not fun sending bear friend to Costco to steal crates of Ding Dongs. Also not fun having to force self to eat crates of Ding Dongs. Nothing about Ding Dongs fun at all. Chocolate cake part dry…creamy filling taste like chemicals. Packaging don’t even burn good.
On related note…Squatch always wonder about people who call Fall “Autumn.” What deal with that? Don’t try be fancy and say, “Autumn.” Saying “Autumn” not make you smart.
What deal Washington state? Where your seasons? Seem like one big wet season and then 2 month so-so warm. Squatch not complaining though. Squatch know how privileged he be. Squatch know that penalty you pay for easy access to lakes and oceans, dense forests good for hiding, and majestic mountains perfect for Squatch’s favorite winter activity…telemark skiing!
See you soon!
PS – Squatch happy to see Husky Stadium being torn down. Good! If cars have to drive in tunnel, Huskies should have to play in tunnel too! Go Cougs!
- Squatch
Posted by Clambaker at 2:07 PM