State-Off #4: Oklahoma…where the wind comes sweepin’ down the plain…in the form of a giant, spinning, wind cylinder of death filled with corn, cows, tractors, and morbidly obese people who eat chili-cheese-fries for dinner…


Yeah yeah yeah…I know. It’s not fair. Pitting Oklahoma against Washington is like pitting the Seattle Storm ladies basketball squad against a three-legged duck with Down syndrome (with one of its three legs super-glued to its beak). Sure, the final score might be close, but it just wouldn’t be any fun to watch. Wait…what am I saying? That would actually be pretty fun to watch!! (Hmmmm…in retrospect, this isn’t a very good analogy…but I’m too lazy to go back and come up with a better one…do you mind? No? Okay good. Let’s continue…)

But guess what? Sometimes life isn’t fair! There are 49 other shitty states out there and we had to get to Oklahoma some time. And let’s be honest, at the rate Washington Apple articles have been churned out lately, you’re lucky you get it now and not in your 80’s. Who knows what MC Razor, LowTide and I will be writing about in 2062? You can’t take that risk!

Let’s get this over with…

Oklahoma
Here’s how Wikipedia describes Oklahoma: “A major producer of natural gas, oil, and agriculture, Oklahoma relies on an economic base of aviation, energy, telecommunications, and biotechnology.”
Oh really? Oklahoma relies on those things? Let me tell you a little something about Washington. Washington relies on no one!!!!!!! No one but herself!!! When the chips are down, do you really think an economic base can be relied upon? HA! I learned way back in 1st grade to never turn your back on an economic base. One minute you’re enjoying your delicious Pacific Cooler-flavored Capri Sun without a care in the world, and the next minute an economic base has you in a choke hold, stealing your allowance! Never rely on an economic base! It’s one of the 10 commander-ments! It’s true! Look it up! “Thouest state shalt not rely upon thy base of economicals.”

Washington
Washington is a state in the Pacific Northwest region of the United States located north of Oregon, west of Idaho and south of the Canadian province of British Columbia, on the coast of the Pacific Ocean. Washington was carved out of the western part of Washington Territory which had been ceded by Britain in 1846 by the Oregon Treaty as settlement of the Oregon Boundary Dispute. It was admitted to the Union as the 42nd state in 1889. 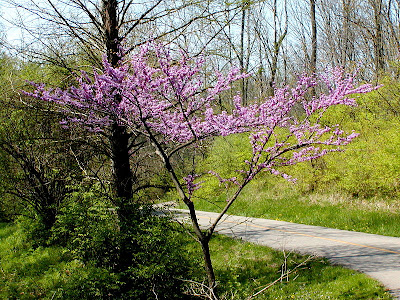 A small tree with a sturdy upright trunk which divides into stout branches that usually spread to form a broad flat head. Usually 20-30 ft. tall. Found on rich bottom lands throughout the Mississippi River valley; will grow in the shade and often becomes a dense undergrowth in the forest. Very abundant in Arkansas, Oklahoma, and eastern Texas. Hardy far north; grows rapidly; is a satisfactory ornamental tree. Many trees are sterile and produce no fruit. It is also known as the Judas tree.

We’re talking state TREES here Oklahoma!! This is your entry? A fucking bush??? A “satisfactory ornamental tree.” HAHAHAHAHAHAHAHAHAHA! Satisfactory for what? Kindling? I am offended by the association of this twig with other trees. 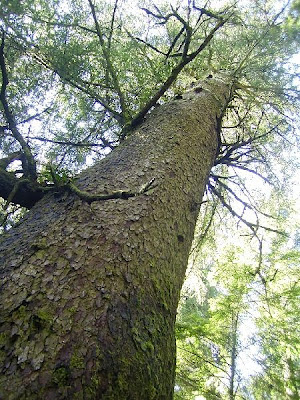 The Western Hemlock can grow up to 270 ft tall, with a trunk diameter of up to 9 ft, which coincidentally are almost the identical dimensions of the average Washington man’s penis.

Winner: Washington. Have you ever heard of anyone ever getting lost in the dirt? No. But people get lost in the woods all the time!!!


Oklahoma
Oklahoma, where the wind comes sweepin' down the plain
And the wavin' wheat can sure smell sweet
When the wind comes right behind the rain.
Oklahoma, Ev'ry night my honey lamb and I
Sit alone and talk and watch a hawk
Makin' lazy circles in the sky.

We know we belong to the land
And the land we belong to is grand!
And when we say
Yeeow! Ayipioeeay!
We're only sayin'
You're doin' fine, Oklahoma!
Oklahoma O.K.

NO! You are not doin’ fine, Oklahoma! Something is very wrong with you! First of all, what happened to all of the “g’s” in your lyrics? Sweepin, waving, sayin, doin? You can’t just leave off all of your g’s because you don’t like them. What the fuck is wrong with you? You’re too good for the letter g? You went and declared English to be your official state language, yet you refuse to use the letter g in your state song? And I don’t know what “Yeeow! Ayipioeeay!” means, but it doesn’t sound like English to me.

This song is absolutely terrible. If I tried to eat this song, it would probably taste like an Aplet and/or Cotlet rolled in duck turds (Bam! Another duck joke!)

Second of all, who calls their significant other “honey lamb?”

This is my country;
God gave it to me;
I will protect it,
Ever keep it free.
Small towns and cities rest here in the sun,
Filled with our laughter.
Thy will be done.

I know, I know…it feels like an orca just kicked you in the stomach. Orca’s don’t have any feet, but they do “kick” with their tale. It’s true. You wouldn’t want them to do that to your stomach. You’d feel like you do right now. In a way, we’re pretty lucky orca’s didn’t evolve to be a land animal with actual feet.

Actually, we’re probably lucky in MANY ways that orca’s don’t have feet!!! WHEW! One more thing to feel lucky for!!

It’s ok to cry. I did. I wouldn’t blame you if you had to go lie down in bed right now to try and get ahold of your emotions. What can you say about a song like this? Nothing! You will say nothing! Let your tears speak for you!

But…if there were a musical about Washington…after the very first audience saw it for the very first time, the universe would implode upon itself, creating a black hole of infinite perfection…destroying not only this galaxy, but most of the other galaxies as well. Well…all except the new galaxy that formed as a result…the Washington galaxy. That would still be there.

Negative points for Oklahoma on this one…

Roll on Columbia, roll on!